Crisis in Nicaragua: Is the US Trying to Overthrow the Ortega-Murillo Government? (Part II) 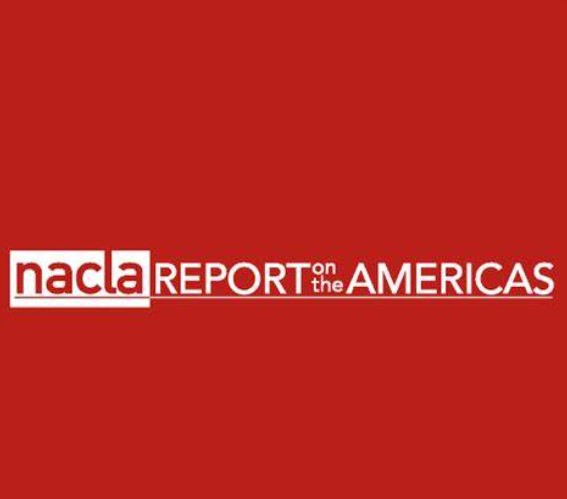 As the general elections scheduled for November 7 approach, Nicaragua is once again sinking into political turmoil. The crackdown that began earlier this year by the government of President Daniel Ortega and his wife, Vice President Rosario Murillo, has so far landed seven presidential contenders and several dozen other political opponents, journalists, student leaders, and human rights activists in prison without trial, where they join some 130 other political prisoners held since the mass protests of 2018. The repression has also forced hundreds more to flee the country, where they join over 100,000 others who have fled into political exile since the 2018 protests and their violent repression.

The 1979 Sandinista Revolution that overthrew the Somoza dictatorship won the broad solidarity of progressives and the Left all over the world. But now the crisis is generating deep fissures within the U.S. and international Left. The regime has justified the crackdown with the claim that those detained are foreign agents who are part of a U.S. conspiracy to carry out a coup d’état. In support of this claim, significant portions of the international Left point to U.S. funding for Nicaraguan opposition organizations. While the United States is indeed supplying funding to some opposition groups, there is a peculiar Manichean absence in these left accounts of any focus on the internal contradictions in Nicaragua that have given rise to the crisis in the first place, as I showed in Part I of this analysis.

Along with several hundred other U.S. citizens and several thousand internacionalistas from around the world, I participated in the 1980s in the revolutionary process. And in early July, I joined over 500 Nicaragua solidarity workers in the United States in signing a petition that declared: “the crimes of the U.S. government—past and present—are not the cause of, nor do they justify or excuse, the crimes against humanity committed by the current regime of Daniel Ortega and Rosario Murillo.” The letter called on the Nicaraguan government “to release more than 130 political prisoners, to rescind and make null and void the draconian national security law under which these individuals were arrested, and to negotiate electoral reforms to ensure free and fair elections.”

U.S. Funding for the Opposition

Those who claim that the U.S. government is promoting counterrevolutionary “regime change” in Nicaragua point to multimillion-dollar funding from the U.S. Agency for International Development (USAID), channeled through the National Endowment for Democracy (NED), for nongovernmental organizations, media outlets, and business associations associated with the opposition. In my view, NED activity anywhere in the world should be condemned by progressives, and there is nothing positive about what the United States is doing in Nicaragua. Nonetheless, this NED funding is taken by some on the Left as a sign of a regime change operation without any understanding or analysis of what it seeks to achieve.

NED funding in Nicaragua started in the mid-1980s and has never ceased. It is not new to the Ortega-Murillo period. In the 1980s it was part of the counterrevolutionary strategy. From 1990 and on it has sought to bolster pro-neoliberal/capitalist forces, to help these forces to achieve hegemony in civil society, to promote the transnational capitalist agenda in the country, and to prevent any radicalization of the grassroots. The charge that this funding has been aimed at overthrowing the government is hard to sustain given that Ortega has co-governed with these same forces bolstered by the NED. The NED program in Nicaragua is distinct from those in such countries as Cuba, Venezuela, or Iran, where they form one component of all-out destabilization campaigns.

In the early 1990s I wrote the first two books exposing the origins and modus operandi around the world of what was then a little-known agency attached to USAID. I showed that the NED seeks distinct objectives in different countries depending on Washington’s overall foreign policy objectives in each country. In some countries, NED programs have been part of larger campaigns to overthrow established governments, as with the so-called “colored revolutions” in Eastern Europe and former Soviet republics, in Nicaragua in the 1980s, or in Venezuela today. In other countries where popular forces are struggling against dictatorships and authoritarian regimes, such as in South Africa until the fall of apartheid in 1994, Egypt during the Arab Spring, or in Honduras currently, NED programs seek to bolster elite hegemony within these mass movements for democratization in order to prevent any radicalization of the grassroots and secure outcomes compatible with the global capitalist order.

The NED runs programs in some 100 countries around the world, the majority of which are U.S. allies, such as the other Central American republics. According to the NED database, its programs in Nicaragua totaled a little under $6 million over the past five years. The NED spent a similar amount during the five-year period in Colombia, its closest ally in South America, and in Guatemala and Honduras. In this same period, it disbursed: $12 million to Kenya, its close ally in East Africa; some $8.5 million to its ally Egypt; some $8 million to the Philippines; $8.5 million to Mexico; and so on. In contrast, during this period spending in Cuba—part of an explicitly counterrevolutionary program—was $25 million.

Unlike Washington’s devastating destabilization campaign against Venezuela and Cuba, which involve all-out economic blockades and sanctions, Nicaragua to date remains part of the Central America Free Trade Agreement (CAFTA) and the United States is Nicaragua’s main supplier of petroleum. The incoming Ortega government welcomed the CAFTA pact in 2006 at a time when social movements throughout the Isthmus were mounting large-scale protests against it. Nicaragua does not face trade sanctions, and commerce with the United States, the country’s principal trading partner, is booming, amounting to over $5 billion in 2020. Despite the 2018 NICA Act that threatened to oppose loans to Nicaragua from the international financial institutions, the spigot of international aid has remained wide open. In 2020 the International Monetary Fund (IMF) approved an emergency $185 million loan to Nicaragua while the Inter-American Development Bank threw in another $43 million. At the same time, the World Bank approved a $20 million loan last year, and then in early 2021 it opened an $80 million line of credit. Nicaragua also does not face military or paramilitary aggression from Washington.

Washington’s principal concern in my analysis is not getting rid of Ortega but preserving, in the face of a crisis that sprung from internal contradictions, the interests of transnational capital in the country and the hegemony of capital over any post-Ortega political project. What the United States most fears is an unstable and unpredictable vacuum of power that could threaten capitalist interests in the country and U.S. policy objectives towards the region. But the problem is that that the traditional political Right in Nicaragua lacks any coherent strategy and is in a state of political disorganization, which leaves it to the business sector and its corporate forms of organization to put together some sort of transition process. This business sector—its agencies and its think tanks—has received most of the U.S. funding and is now considering a rapprochement with Ortega-Murillo.

Depending on how events unfold on the ground, U.S. policy may change as the crisis deepens and as U.S.-Nicaraguan political tensions heighten. This year USAID, as part of its Central American Regional Security Initiative (CARSI), which allocates funds for governments, private sector, and nongovernmental organizations, set aside an additional $3 million for Nicaraguan civil society organizations, according to a USAID congressional notification on CARSI appropriations dated February 23, 2021 (CN #129). However, it should be noted that beyond the NED, USAID funding for Nicaragua during the 13 years that Ortega has been in power, from 2007 until 2020, amounted to hundreds of millions of dollars. The vast majority of this sum has gone to the government itself—to health and educational programs, export-import support, food aid and commodities support, counter-narcotics operations, technical assistance for government development programs, and so on. It is simply not tenable to claim, therefore, that USAID programs in Nicaragua seek “regime change.”

Right-wing forces and traditional conservative elites have gained hegemony over the opposition. The popular sectors have been caught since 2018 between the corrupt and repressive Ortega government and the traditional oligarchy, backed by international right-wing forces, that has never conformed to the Sandinista monopoly of political power and set about to take advantage of the popular revolt to more directly return that power to itself. It is both ironic and tragic that the young people who took to the streets to protest in 2018 were mostly the sons and daughters of an earlier generation of Sandinistas who participated in the 1980s revolution—ironic because they were condemned by the regime as counterrevolutionary pawns of a failed “U.S. coup d’état,” and tragic because the repression against them helped pave the way for conservative hegemony over the opposition.

The neoliberalism that any would-be right-wing government will surely continue or even deepen must not be a pretext for the international Left to line up behind the neoliberalism, repression, and authoritarianism of the Ortega-Murillo regime. Progressives must establish a principled left position in the face of the complex political reality inside Nicaragua.

William I. Robinson is Distinguished Professor of Sociology, Global, and Latin American Studies at the University of California at Santa Barbara. He worked in Managua with the Nicaragua News Agency and the Nicaragua Foreign Ministry in the 1980s and was affiliated faculty with the Central American University in Managua until 2001.

Crisis in Nicaragua: Is the Ortega-Murillo Government Leftist? (Part I)