National Journalist´s Day in Nicaragua: no guarantees for freedom of the press 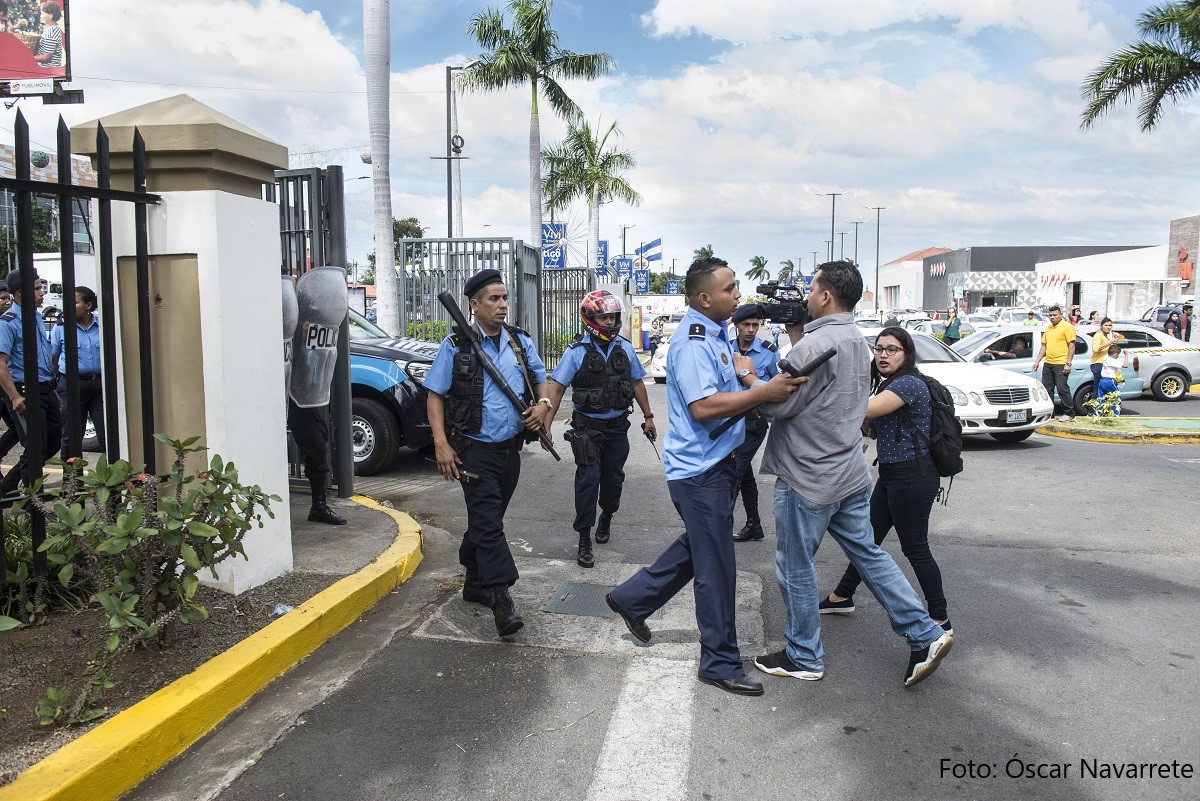 National Journalists’ Day in Nicaragua: no guarantees for freedom of the press – Race and Equality

Washington, D.C.; March 1, 2020.- Today, March 1st, Nicaragua celebrates National Journalists’ Day. For Nicaragua’s independent press and for Nicaraguan journalists forced into exile, however, there is little to celebrate. The socio-political crisis that has gripped the country since April 2018 has severely curtailed Nicaraguan journalism. Today, Nicaragua’s independent journalists lack the basic protections that would guarantee their ability to carry out their crucial work.

Race and Equality spoke with three journalists, all of whom have suffered human rights violations since the crisis began, about the critical situation in Nicaragua.

Aníbal Toruño: In Nicaragua, there is total suppression of the right to freedom of the press

Aníbal Toruño, the director of Radio Darío in the city of León, finds it increasingly difficult to carry out independent journalism due to increasing censorship, threats, violence, and criminalization at the hands of police, government institutions, and paramilitary groups.

“There is total suppression of our constitutional right to freedom of the press. Not only are there constant threats against journalists, the government recently passed a set of laws that seek to censor not only journalism, but the free expression of all Nicaraguans by controlling social networks and the major means of communications,” said Aníbal, referring to the Special Law on Cybercrime, the Law to Regulate Foreign Agents, and the constitutional reform to introduce life imprisonment as a criminal sentence.

Toruño, his family, and the staff of Radio Darío are under constant assault by the police. Since April 2018, the channel’s office has been raided 125 times. Just this year, Toruño’s home has been raided three times, each time without a legal warrant. “We have learned to control our fear, but it is difficult to see police and paramilitaries outside your house that could attack and destroy it at any moment,” said Toruño, recalling that under the administration of President Daniel Ortega, over 20 media outlets and 10 news and opinion programs have shut down. Furthermore, of the 13 free-to-air television channels that once existed in Nicaragua, only two remain that do not adhere to official government line.

see rest of the text under the link:

National Journalists’ Day in Nicaragua: no guarantees for freedom of the press – Race and Equality

The role of the UN Human Rights Council in the face of Nicaragua’s continued human rights crisis, auf facebook